AVENGERS #7 $3.99
(W) Mark Waid (A) Phil Noto (CA) Alex Ross
The Infamous Iron Man joins the Avengers - or, to hear him tell it, they're joining HIM.  How will Lady Thor and the Avengers  react to a reformed villain like Doctor Doom? 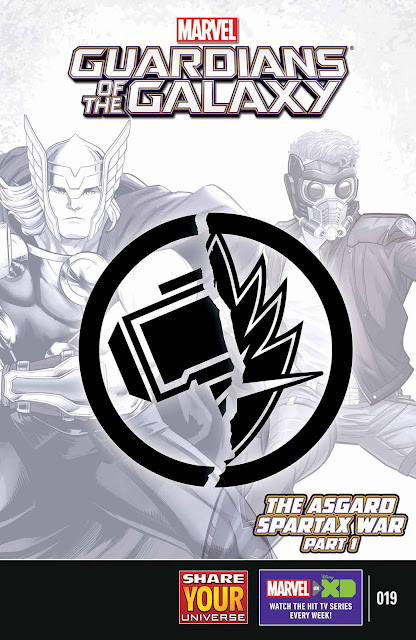 MARVEL UNIVERSE GUARDIANS OF GALAXY #19 $2.99
(W) Joe Caramagna (A) Various (CA) TBD
In part one of a two-part story, the GUARDIANS OF THE GALAXY must choose sides when ASGARD attacks SPARTAX!  But something more sinister is going on beneath the surface - and it's up to STAR-LORD, GAMORA, DRAX, ROCKET and GROOT to bring that deception to light! 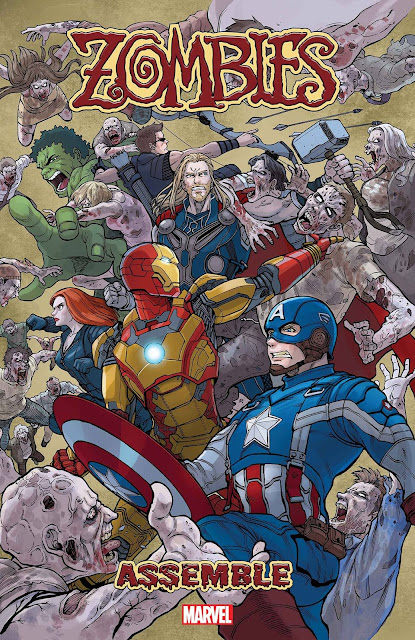 ZOMBIES ASSEMBLE #1 $4.99
(W) Yusaku Komiyama, Jim Zub (A/CA) Yusaku Komiyama
The original manga is adapted into English for the first time! Time and again, the Avengers have assembled to save the Earth from destruction. But they've never had to face a threat as gruesome and UNDEAD as this one! Now, Earth's Mightiest Heroes must fight to contain an outbreak of horrifying zombies, and stop them from spreading across the Earth! But not all of the Avengers will escape uninfected... 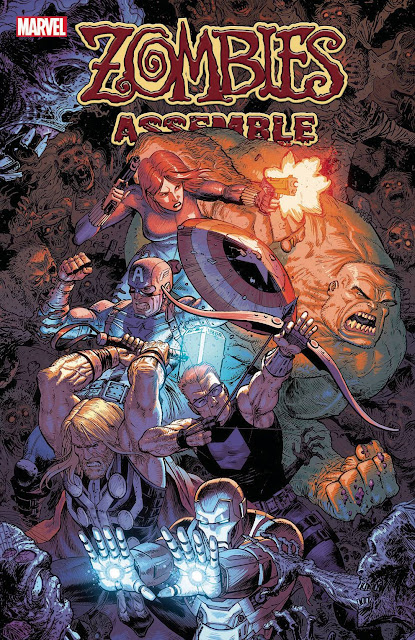