WORST CHRISTMAS WEEK EVER?!?
NO NEW APPEARANCES OF THOR (EITHER GENDER) appeared in the shops.
Posted by ditkomania at 3:31 AM No comments: 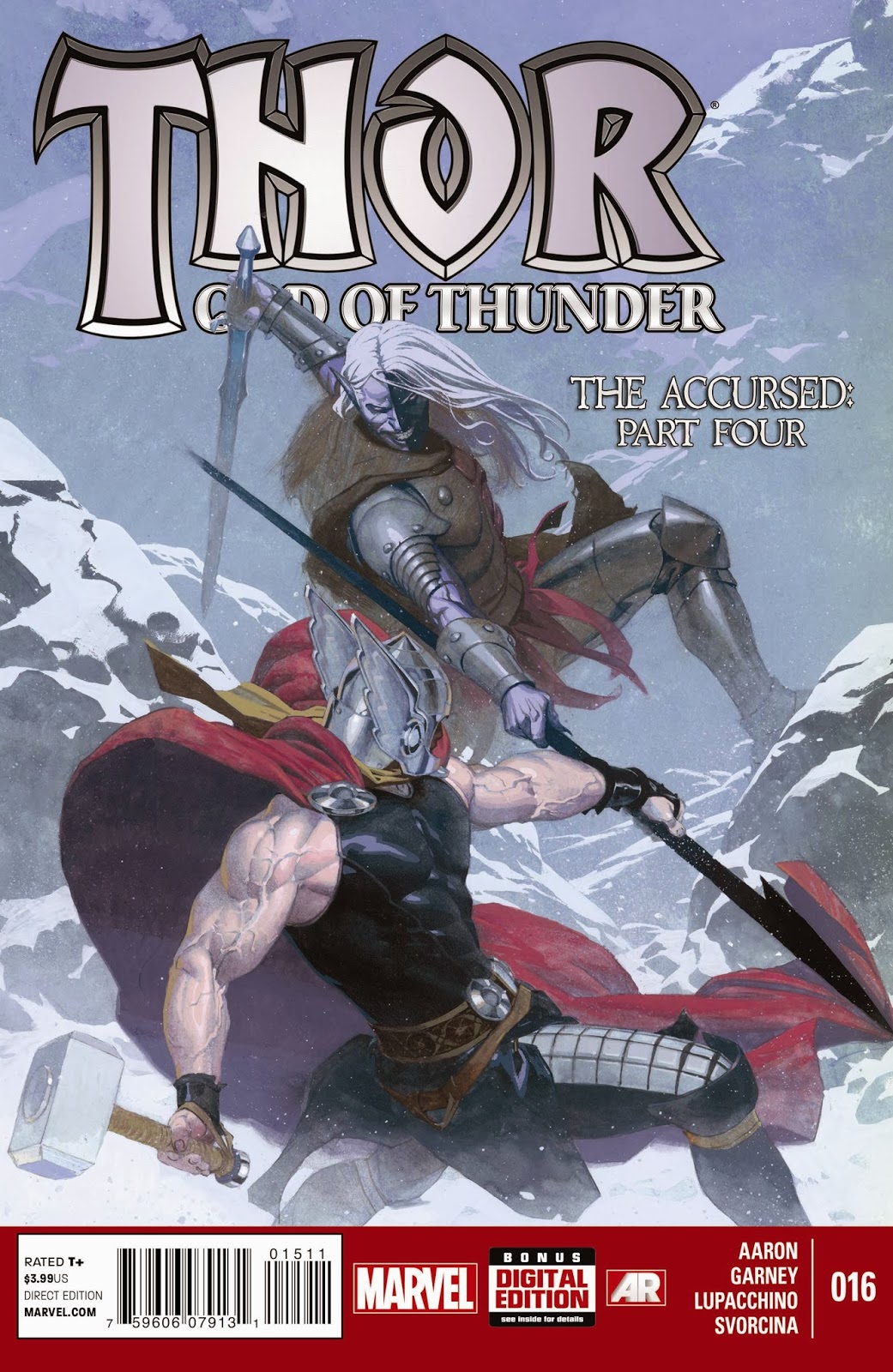 THOR GOD OF THUNDER #16 $3.99
Writer: Jason Aaron
Artist: Ron Garney
Cover Artist: Esad Ribic
Death comes in the mountains of Jotunheim... and there is a traitor among Thor's newly formed League of Realms! As Thor prepares to execute one of his own comrades, Malekith stages his final bloody raid... on Earth. 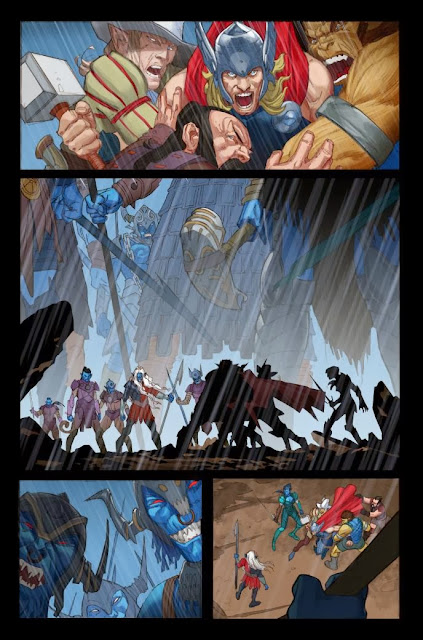 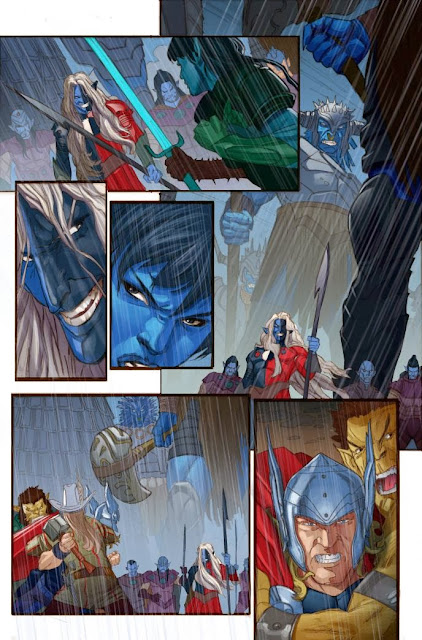 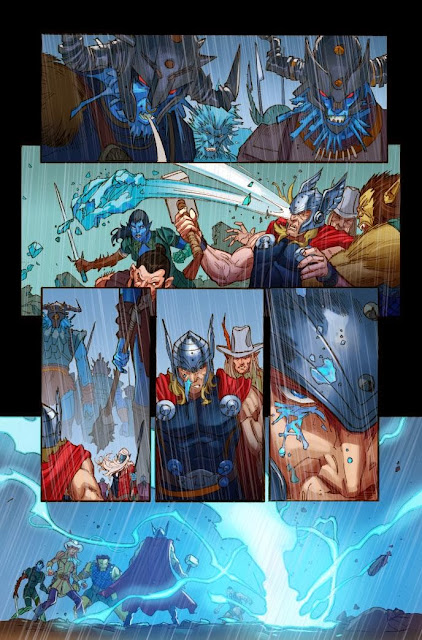 The fate of humanity rests in the hands of Thor, but can the God of Thunder defeat the combined might of two Apocalypses? 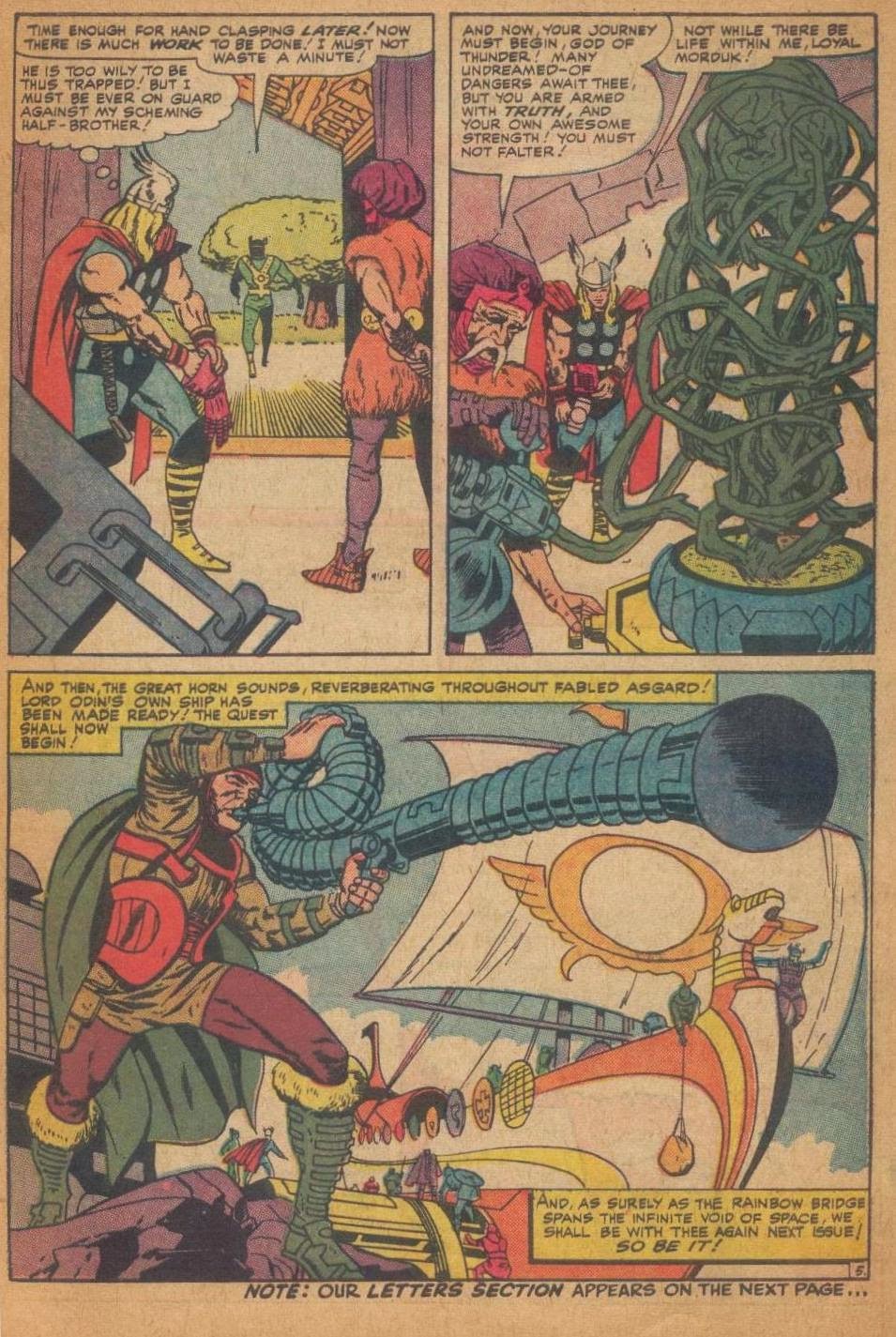 Posted by ditkomania at 3:02 PM No comments:

NO NEW THOR APPEARANCES IN THE SHOPS TOMORROW!!!

I'd research when the last time that happened was but I've lost the will to live!
Posted by ditkomania at 3:28 PM No comments:


MARVEL UNIVERSE AVENGERS ASSEMBLE #3 $2.99
Writer: Joe Caramagna
It's up to Falcon to save the day when a mysterious foe turns the Avengers into evil ghosts! Based on the hit animated show on DISNEY XD 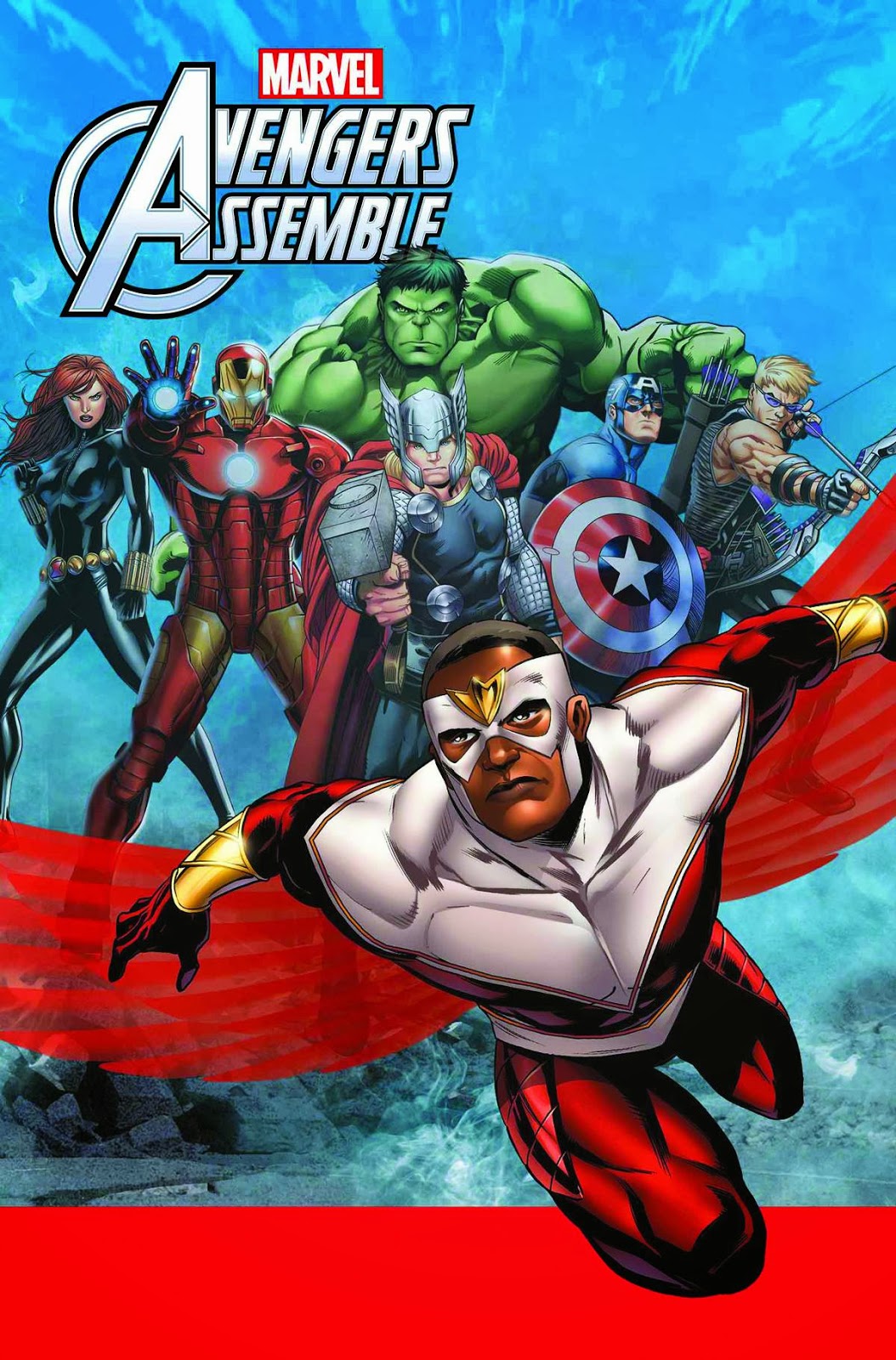 Posted by ditkomania at 5:41 AM No comments:

3 YEARS AGO TODAY: A young Asgard 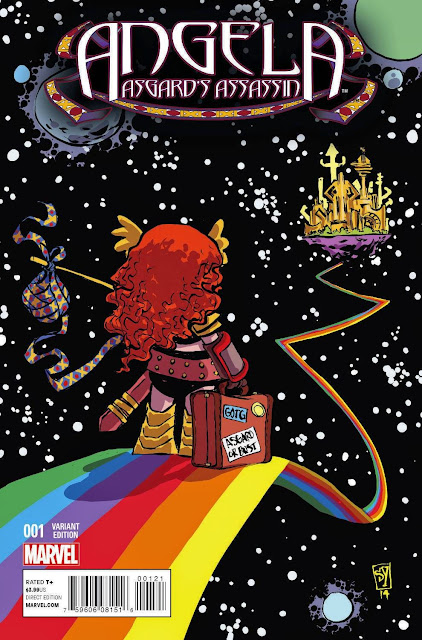 ANGELA ASGARDS ASSASSIN #1 $3.99 (JIMENEZ VAR) (QUESADA DESIGN VAR) (YOUNG VAR)
(W) Kieron Gillen, Marguerite Bennett (A) Phil Jimenez, Stephanie Hans (CA) Stephanie Hans
All her life, Angela -- the finest warrior of Heven -- was raised to hate Asgard with every fiber of her being.  And now Angela knows the truth about her identity: She is Thor's sister. She is an Asgardian.     Cast out of her home and wanting nothing to do with Asgard, Angela must now strike out on her own!  But what does Angela have that both Asgard and Heven want? And why are they so eager to get it? Of course Thor shows up to help his sister kick off her series.
Posted by ditkomania at 5:38 AM No comments: