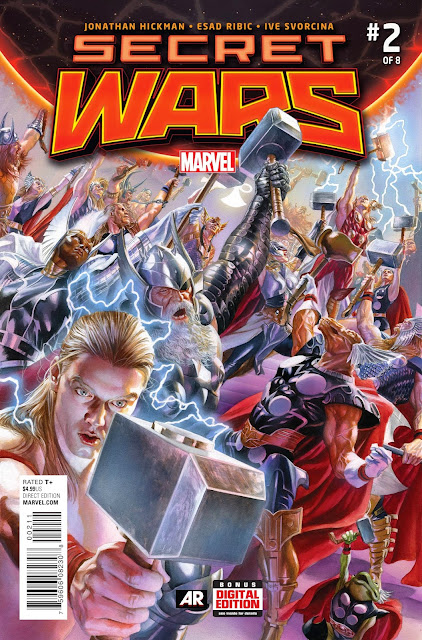 THE MARVEL UNIVERSE IS GONE, ALL THAT REMAINS IS BATTLEWORLD! LEARN THE SECRETS OF THIS BRAVE NEW REALM IN THIS SPECIAL OVERSIZED ISSUE! Even more Thors in the issue then there are on the cover!!! 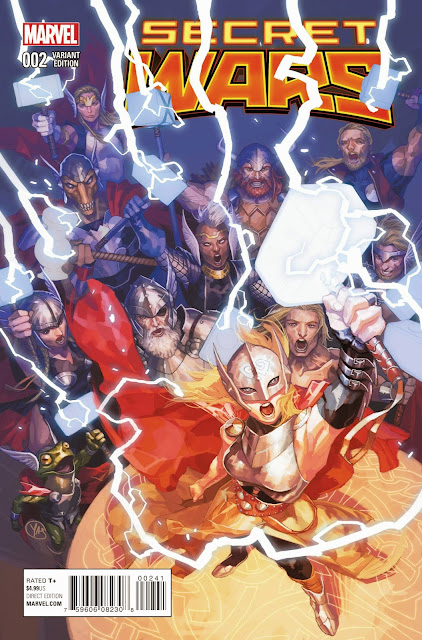 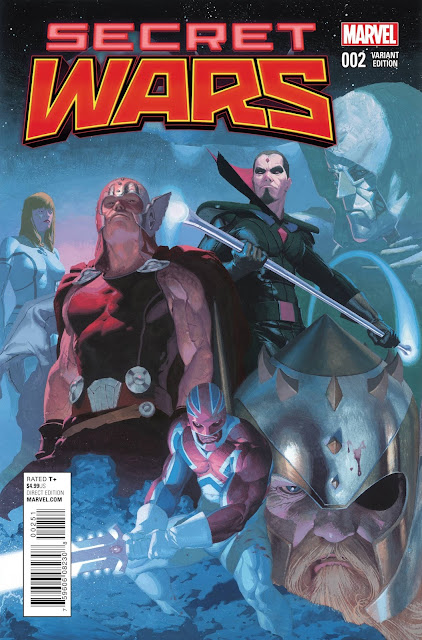 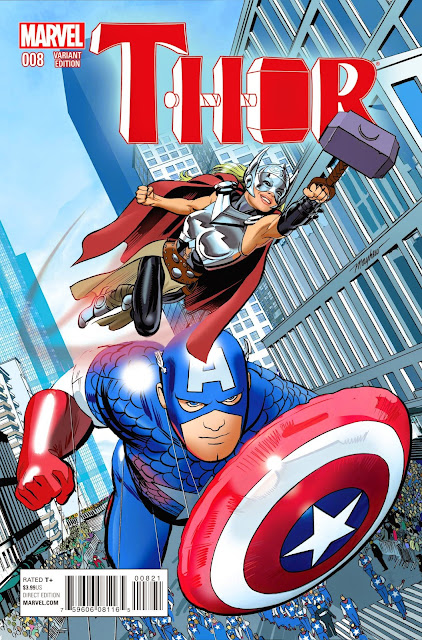 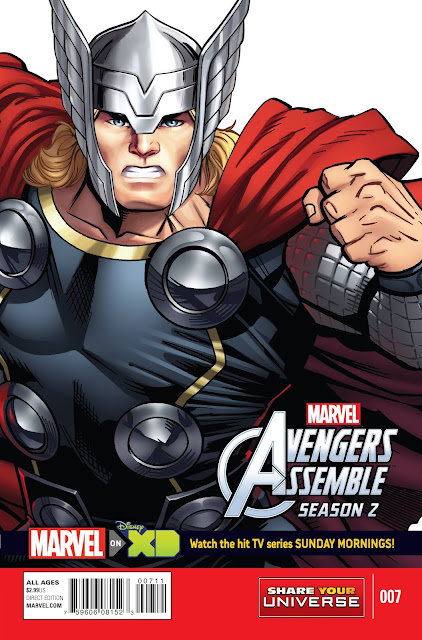 Fed up with his son's dealing with mortals, Odin orders Thor back to Asgard. Now Thor must prove to his father that he does good on earth or return home forever!

In the climax of a battle between Heven and Asgard, both their futures are changed forever. Thor Odinson guest stars.

Stranded on 21st century Earth, the 31st century Guardians finally have a chance to locate the anomaly that is ripping the past, present and future of the Universal Time-stream apart.  But locating it is one thing...preventing it is something else altogether. Shocking twists and end-of-the-World action! A dramatically posed but silent Thor appears in two panels.
Posted by ditkomania at 8:37 AM