NEW THOR APPEARANCES IN THE SHOPS 3 YEARS AGO TODAY

RAGNAROK #10 $4.99
Writer/Artist Walter Simonson!!!
Riding on the backs of the newly metamorphosed steeds of the Thunder God, Thor, Regn, and Drifa soar across the Dusk Lands. Beneath them roars a Frost Giant, towering over a back door into Hel. And before them lies the Fortress of Angantyr, the Lord of the Dead, and a rendezvous with destiny. 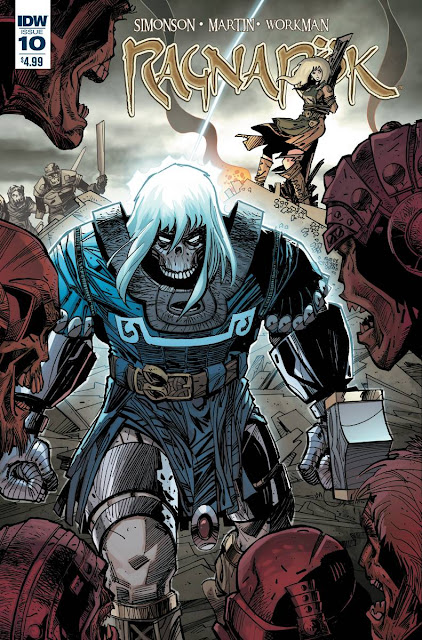 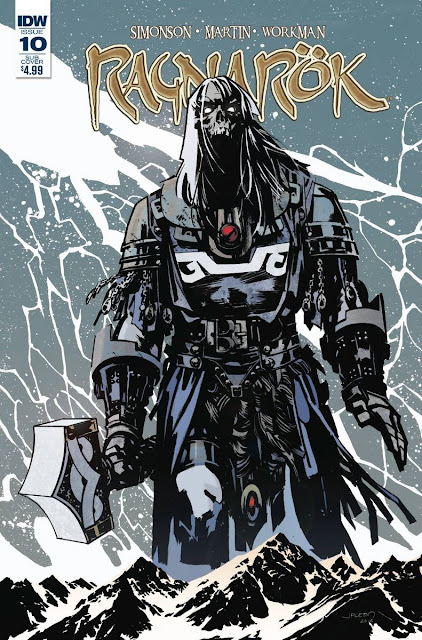 And from Marvel...
NOW CHAMPIONS #1 $4.99
(W) Mark Waid (A/CA) Humberto Ramos
Following the fallout of CIVIL WAR II, Avengers Ms. Marvel, Nova and Spider-Man strike out on their own - joined by Cyclops, Viv Vision and the Totally Awesome Hulk! Six young heroes determined to change the world - and they're only the beginning! Lady Thor makes a 3 page appearance.

SPIDEY #11 $3.99
(W) Robert P. Thompson (A/CA) Nathan Stockman
Spidey has had a lot of villains in his early days, but none were designed to hate him more than Mac Gargan, the Scorpion! So why is this Spider-Man/Scorpion battle so different from the others?  Thor Odinson makes a cameo to help battle Galactus.

MARVEL UNIVERSE AVENGERS ULTRON REVOLUTION #4 $2.99
(W) Joe Caramagna (A/CA) Various
After a nuclear accident, Bruce Banner is stripped of his angry alter ego - the Incredible Hulk!  Can THE AVENGERS figure out how to bring the big green monster back? Of course, animated Thor Odinson appears, even though he isn't on the cover.
Posted by ditkomania at 7:33 AM