NEW THOR APPEARANCES IN YOUR LCS 4 YEARS AGO TODAY 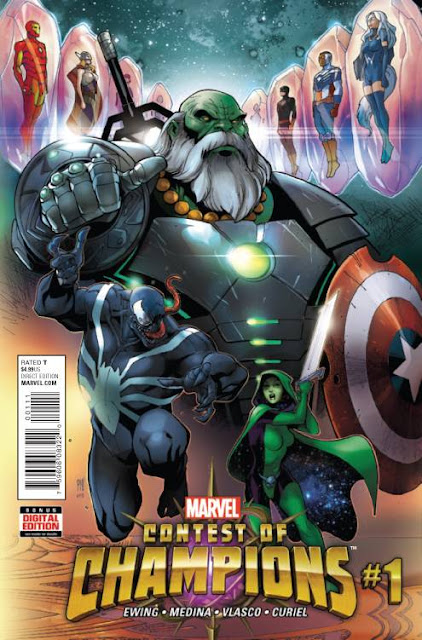 BATTLEREALM--a broken section of space-time where cosmic beings gamble for the ultimate power while their unwilling pawns fight for their lives and a chance to return back to Earth. Who will survive... ? Lady Thor appears on the cover but NO Thors appear on the inside. 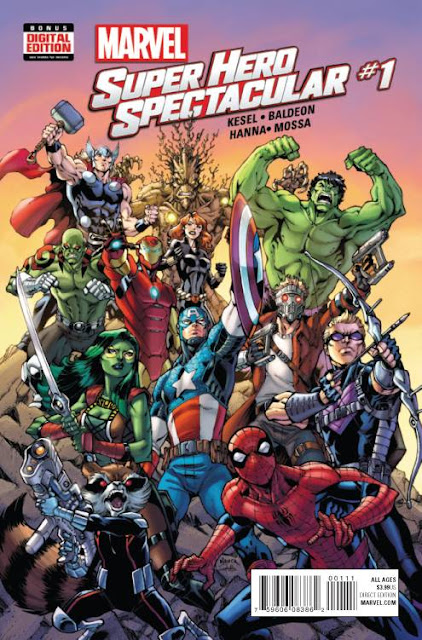 MARVEL SUPER HERO SPECTACULAR #1 $3.99
(W) Karl Kesel (A) David Baldeon (CA) Todd Nauck
Get a front row seat to the hottest ticket in town as we unveil Saturnalia and the Interstellar Circus Spectacular! Featuring a wild array of new characters and Marvel's most popular super heroes including the Avengers (with Thor), the Guardians of the Galaxy, and Spider-Man! 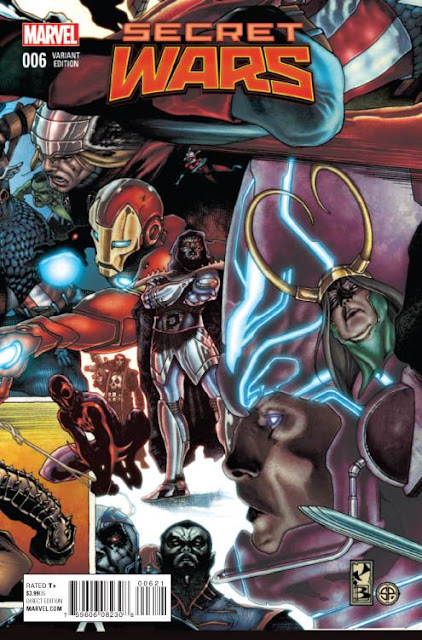 and on the Simone Bianchi connecting variant cover

SPIDER-ISLAND #5 $3.99
(W) Christos N. Gage, Tom DeFalco (A) Paco Diaz, Ron Frenz (CA) Humberto Ramos
Venom and his band of mighty monsters take the fight to the Spider-Queen once and for all!  This time he's not going it alone - he'll have a webslinger by his side! Dino-Thor makes an appearance.

WHAT IF INFINITY INHUMANS #1 $3.99
(W) Joshua Williamson (A) Riley Rossmo (CA) Christian Ward
What if the INHUMANS took over Earth?  BLACK BOLT is the new supreme ruler of Earth, but what happened to Earth's Mightiest Heroes? An unconscious Thor appears in one panel.

WHAT IF INFINITY THANOS #1 $3.99
(W) Joshua Williams (A) Mike Henderson (CA) Tom Whalen
What if Thanos joined the Avengers? 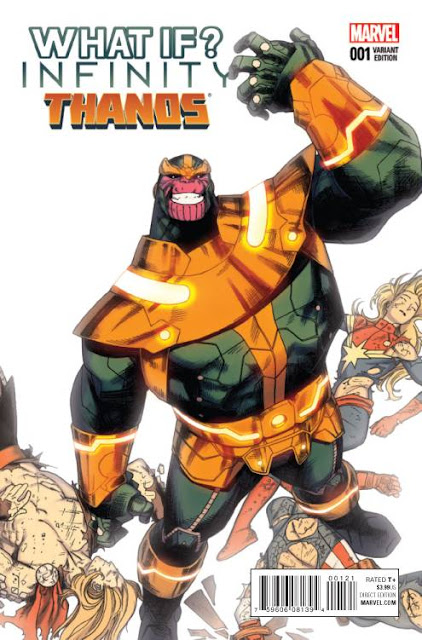 Kris Anka variant
Posted by ditkomania at 6:42 AM