ON THE SPINNER RACKS 56 YEARS AGO TODAY 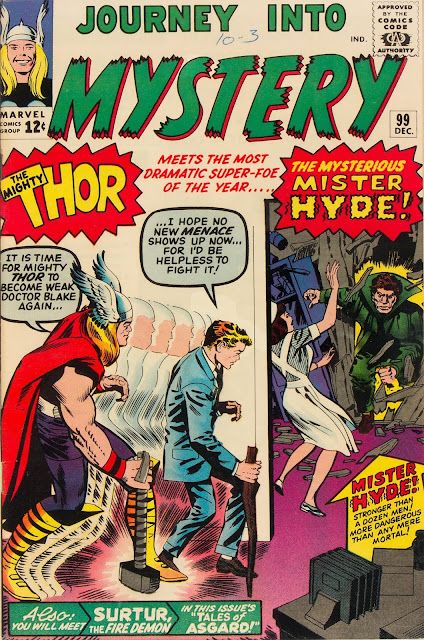 Talk about continuity! It was Jack (King) Kirby's 17th Thor cover. It was the first time that (Dashing) Don Heck did the embellishing. 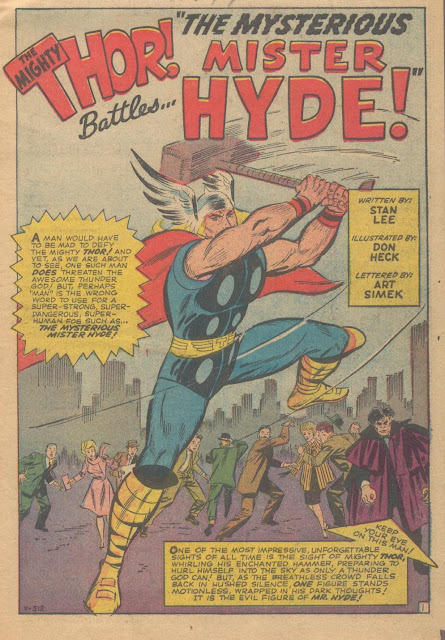 It was the third time that Dependable Don produced the story art. 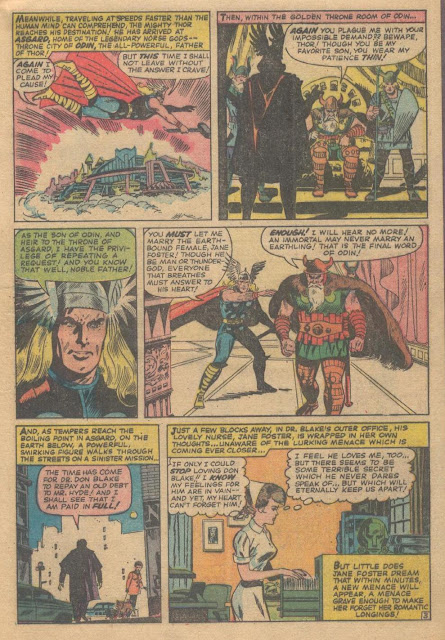 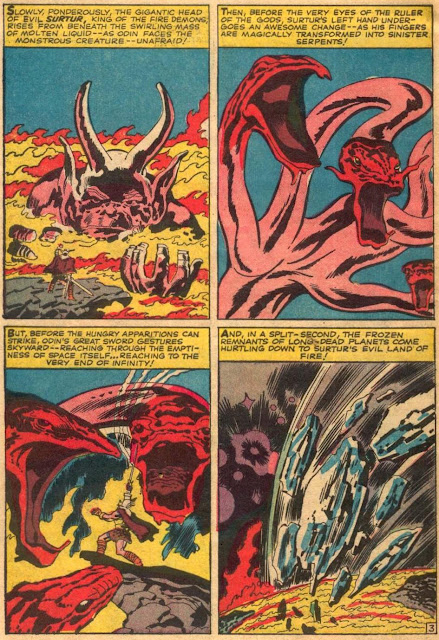 Odin also appeared in the Kirby-rendered 5 page Tales of Asgard back-up and as the cover promised, you meet Surtur.


Plus for completists only
TALES OF SUSPENSE #49
Thor appears in one panel to explain why he didn't come running to assist Iron Man. Art by the great Steve Ditko.
Posted by ditkomania at 6:13 AM