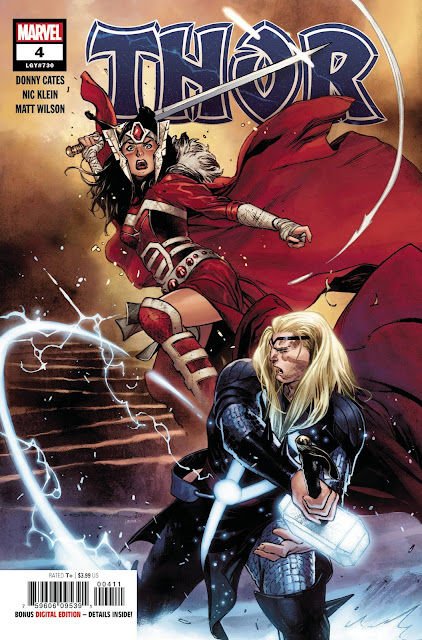 THOR #4 $3.99
(W) Donny Cates (A) Nic Klein (CA) Olivier Coipel
THOR'S GREATEST ENEMY - AND THE UNIVERSE'S ONLY SAVIOR - REVEALED! The Black Winter is coming - the end of the entire vast universe - and only one entity can stop it. The only one who has survived it before, Galactus the World-Eater, has come to Midgard...in search of a herald for the end of everything. 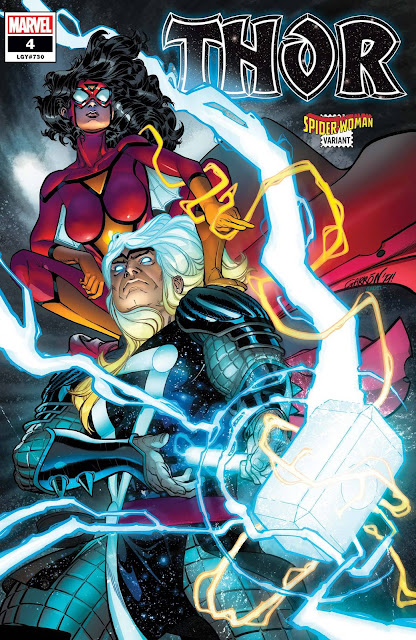 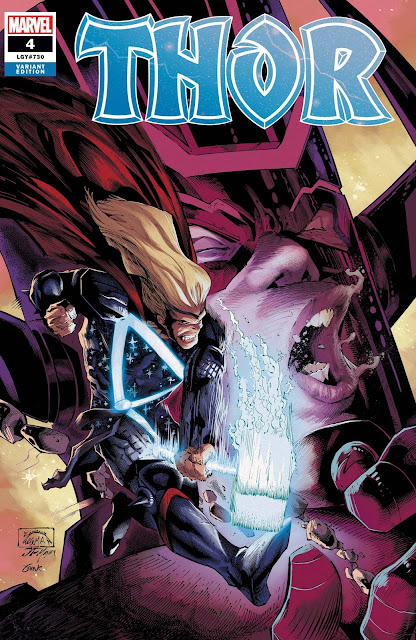 ANT-MAN #3 $3.99
(W) Zeb Wells (A) Dylan Burnett (CA) Eduard Petrovich
The threat of Macrothrax and the impending invasion looms large!  With no choice but to call the Avengers for help, will Ant-Man be able to convince them to take both this threat and himself seriously? Guest-starring Spider-Man and the Black Cat!
THOR appears in 2 panels and has no lines. Blade gets the punchline that could just as easily been THOR's! 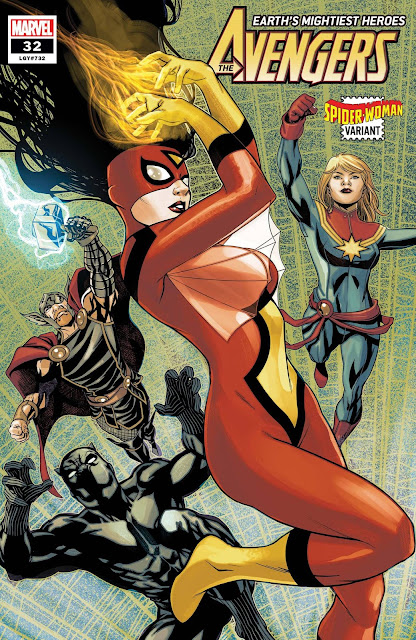 MCKONE SPIDER-WOMAN VARIANT
AVENGERS #32 $3.99
(W) Jason Aaron (A/CA) Ed McGuinness
What do the King of Atlantis, the Lord of the Vampires, the deposed duke of Hell, a mysterious Russian assassin and the secret boss of Washington, D.C.'s greatest super-team have in common? They all really hate the Avengers. And so there came a day, a day unlike any other, when Earth's mightiest villains found themselves united against a common threat.
Posted by ditkomania at 1:48 PM