ON THE SPINNER RACKS 54 YEARS AGO TODAY

Not only did the cover deliver what it promised- 16 pages of well drawn action by Jack Kirby and Vince Colletta featuring Hercules, 12 trolls and Pluto (his second appearance). 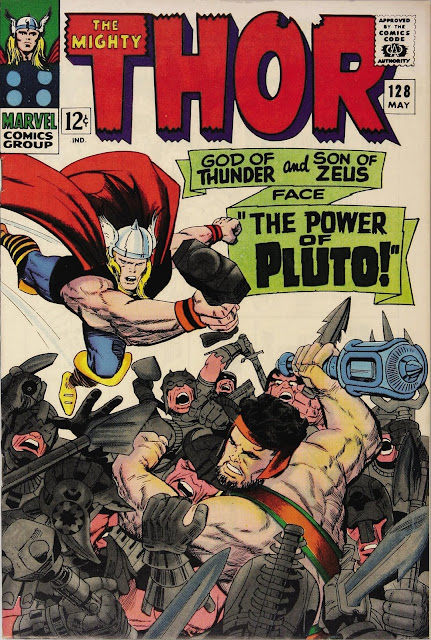 It was Thor's third appearance of the year.

There was also one of the best 5 page Tales of Asgard backups! 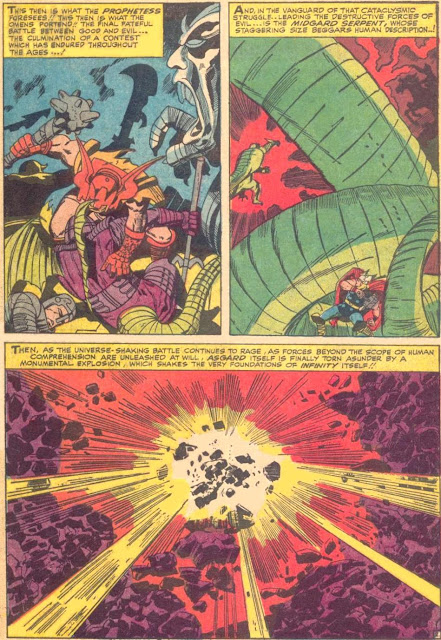 Posted by ditkomania at 5:53 AM