IN THE SHOPS 5 YEARS AGO TODAY

INHUMANS ATTILAN RISING #1  $3.99
(W) Charles Soule (A) John Timms (CA) Dave Johnson
There is a rebellion brewing on Battleworld and it stretches far and wide into every domain. Medusa, ruler of Attilan, is tasked with uncovering the leader of this uprising and scuttling it with extreme prejudice. When she discovers the leader of this rebellion is Black Bolt, however, things get complicated. Five Thors appear.

MODOK ASSASSIN #1 $3.99
(W) Christopher Yost (A) Amilcar Pinna (CA) David Lafuente
In a world populated by the most fearsome thieves, murderers and ne'er-do-wells, there is one who is a HEAD above the rest...  Enter, M.O.D.O.K.: The Mental Organism Designed Only for KILLING! Thors appear in this issue. 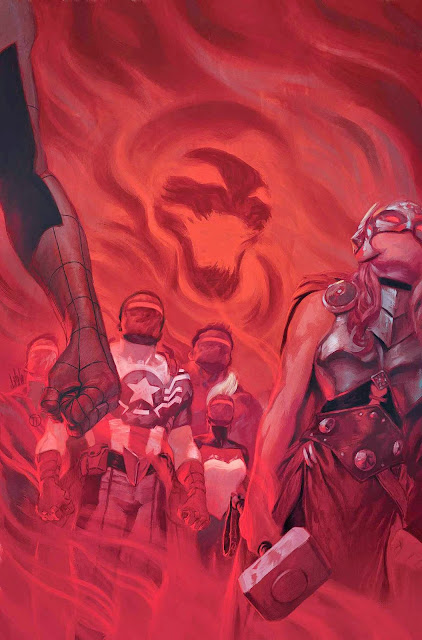 SHIELD, battered, broken and with no back-up, has to somehow protect the Earth from the Mindless Plague! Not only does Lady Thor appear on the cover she also appears in one interior panel. 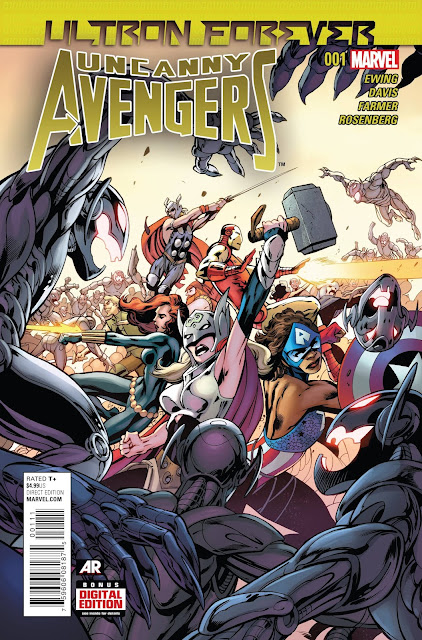 UNCANNY AVENGERS ULTRON FOREVER #1 $4.99
The time-spanning epic comes to a senses-shattering finish!  Asgardia's Avengers versus the massed forces of Ultron! Can the Avengers triumph - or will evil re-take the throne of Odin?  Plus - the dark secret of Doctor Doom! And who is... Earth's Last Avenger? Guest starring three Thors and two Mjolnirs.
Posted by ditkomania at 4:54 AM