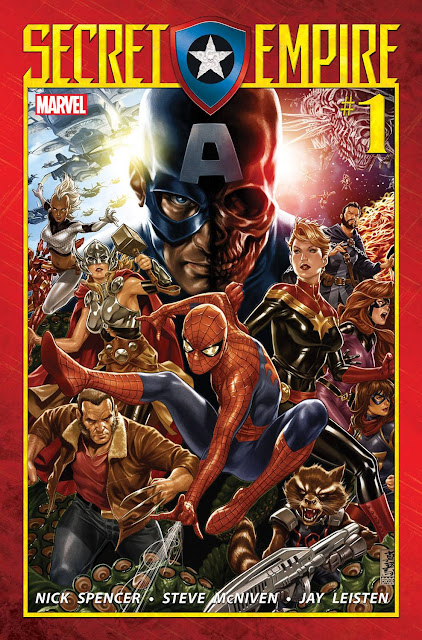 SECRET EMPIRE #1 $4.99
(W) Nick Spender (A) Steve McNiven (CA) Mark Brooks
The moment has arrived for Steve Rogers to step into the light and declare his allegiance to Hydra! How can the heroes of the Marvel Universe cope with this shattering betrayal by the most trusted figure among them? And what will this mean for the world? Lady Thor ONLY appears on the cover. Thor Odinson has a minor appearance in the issue. 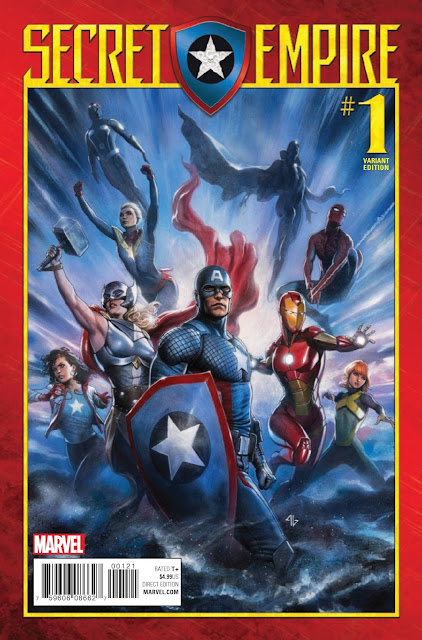 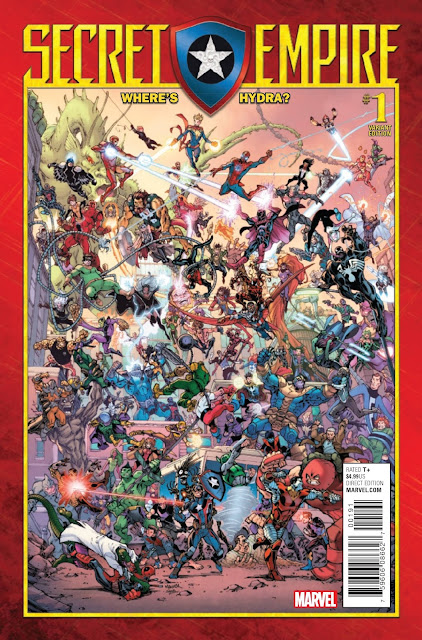 MARVEL UNIVERSE AVENGERS ULTRON REVOLUTION #10 $2.99
(W) Joe Caramagna (A/CA) Various
When their new allies the INHUMANS find out that ULTRON is bringing a dangerous weapon to Earth, the AVENGERS  (including Thor Odinson) must rally to help their new allies fight an old foe. 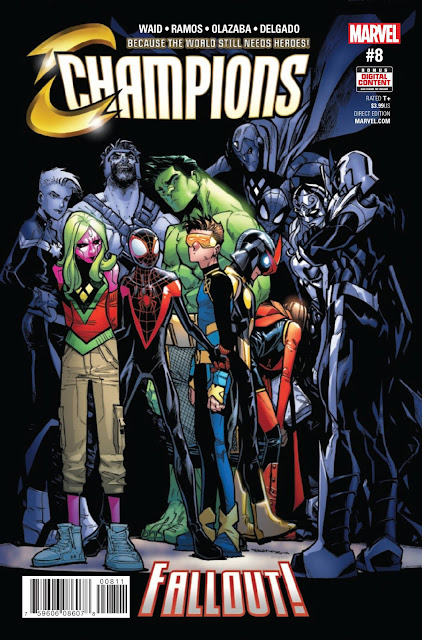 CHAMPIONS #8 $3.99
(W) Mark Waid (A/CA) Humberto Ramos
The fallout from the team's encounter with the Freelancers continues! The Champions realize they have to reframe their purpose. Lady Thor not only appears on the cover, she also has a 1-panel cameo inside.

Posted by ditkomania at 4:50 PM