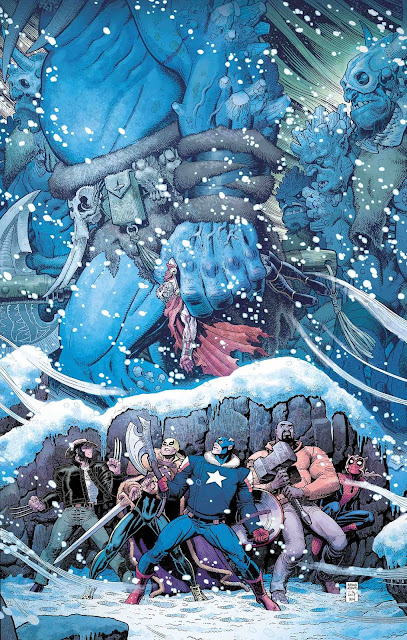 WAR OF REALMS #3 $4.99
(W) Jason Aaron (A) Russell Dauterman (CA) Arthur Adams, Matthew Wilson
RECLAIM THE REALMS! North America freezes into New Jotunheim. Europe becomes New Svartalfheim. Asia goes up in flames as the new domain of Queen Sindr and her fire goblins. Ulik the Troll lays claim to Australia while Amora the Enchantress raises an army of the dead in South America. Africa falls to the Angels of Heven while Roxxon Oil drops its stakes in Antarctica. Midgard now belongs to Malekith and his allies! The Avengers' last hope lies in a series of suicide missions across the realms, starting with the rescue of Thor-last seen surrounded by an army of Frost Giants in Jotunheim... 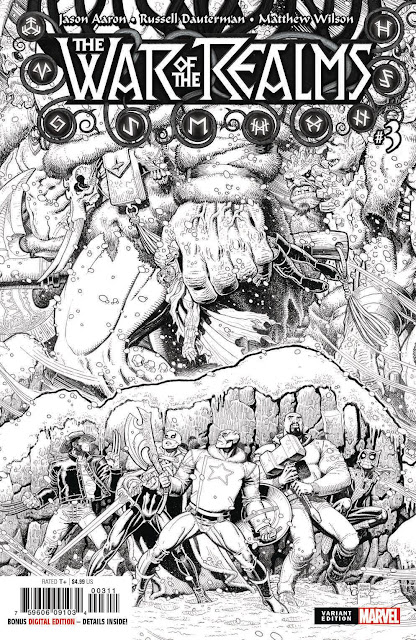 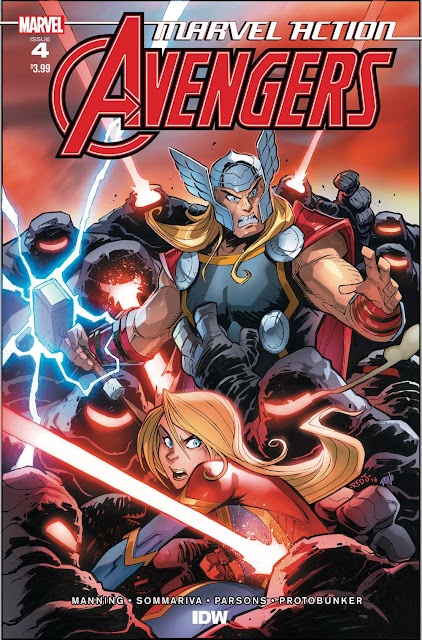 
Magic and mayhem collide for more mighty Marvel action in this new adventure featuring Earth's Mightiest Heroes! Thor, Captain Marvel, and Doctor Strange have gone missing! Forced to face fiendish foes without their teammates, can the rest of the Avengers find their friends before it's too late? And what's this about a ruby?! It's an adventure you'll need to see, True Believers! Earth's Mightiest Heroes tackle adventures perfect for young and old readers alike!
Posted by ditkomania at 2:16 PM No comments: 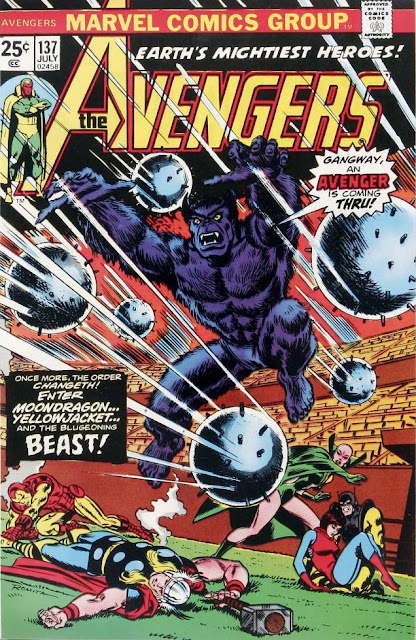 Thor DOES get knocked unconscious by this issue's mystery villain (who only appears for four panels.)

Posted by ditkomania at 10:43 AM No comments:

NEW THOR APPEARANCES IN YOUR LCS 1 YEAR AGO TODAY 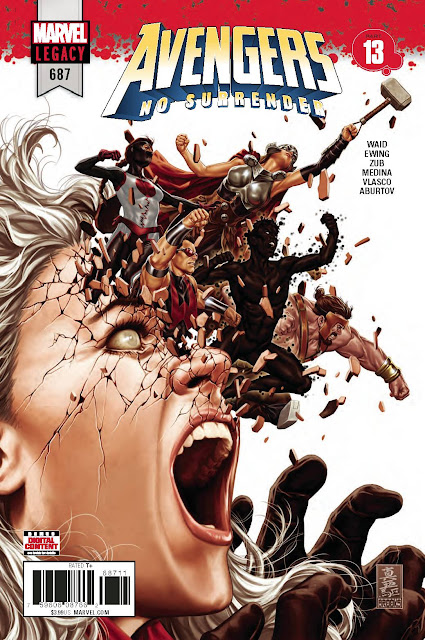 AVENGERS #687 $3.99
(W) Mark Waid & Various (A) Paco Medina (CA) Mark Brooks
The Avengers confront the traitor in their midst - but as the Earth begins to fall apart around them, their greatest enemy may be their best chance at survival.Goddess Thor appears in one 2-page spread Avengers group shot. 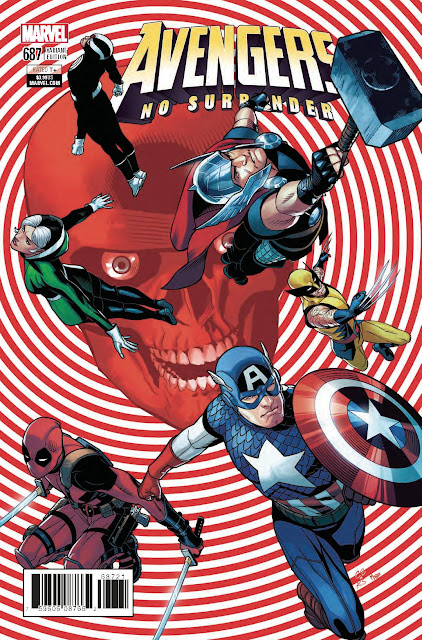 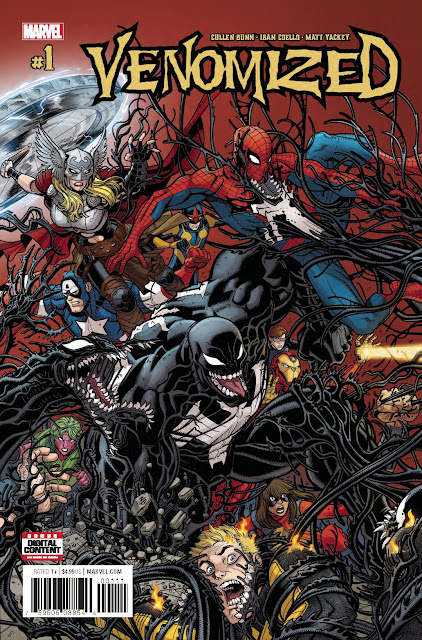 VENOMIZED #1 $4.99
(W) Cullen Bunn (A) Iban Coello (CA) Nick Bradshaw
The POISONS, a species that hungers for super-powered symbiotes and their hosts, have picked their next target...THE MARVEL UNIVERSE! Their first objective? Put every superhuman in a Klyntar symbiote - and CONSUME THEM! But with VENOM and the X-MEN still missing, the planet, and its heroes, is defenseless! Thor the Goddess makes a 3 page appearance. Just long enough for the inevitable to happen. 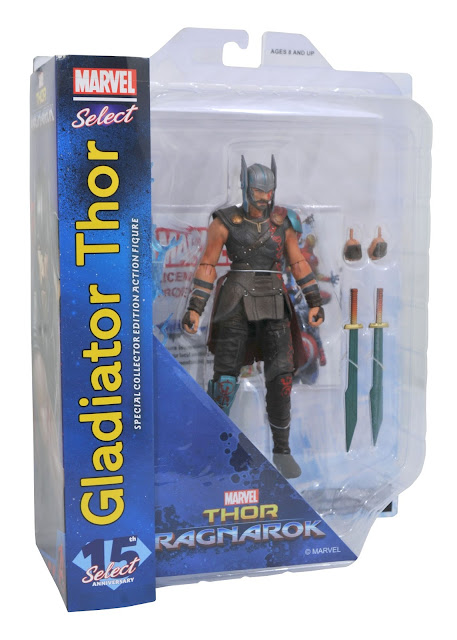 Posted by ditkomania at 8:13 AM No comments: