NEW THOR APPEARANCES IN YOUR LCS 3 YEARS AGO TODAY 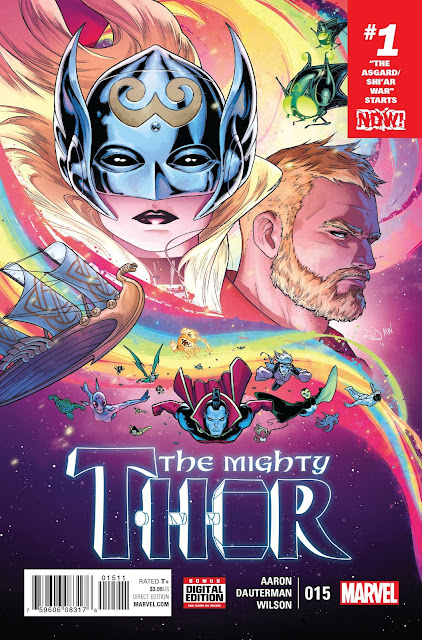 As Malekith's campaign to conquer the Ten Realms rages on but far across the galaxy and the most powerful super-army in the cosmos is preparing a surprise attack on the city of the gods. The Shi'ar Empire will lay siege to Asgardia. Their target: the Goddess of Thunder. NOTE: Thor Odinson only appears on the cover of this issue - NOT INSIDE!

(W) Ryan North (A/CA) Erica Henderson
It's Squirrel Girl's 15th  birthday, and she's gotten the greatest present of all: a run-in with THE INCREDIBLE HULK!  Lady Thor and Thor Odinson have very brief cameos
Posted by ditkomania at 5:11 AM