NEW THOR APPEARANCES IN YOUR LCS 1 YEAR AGO TODAY 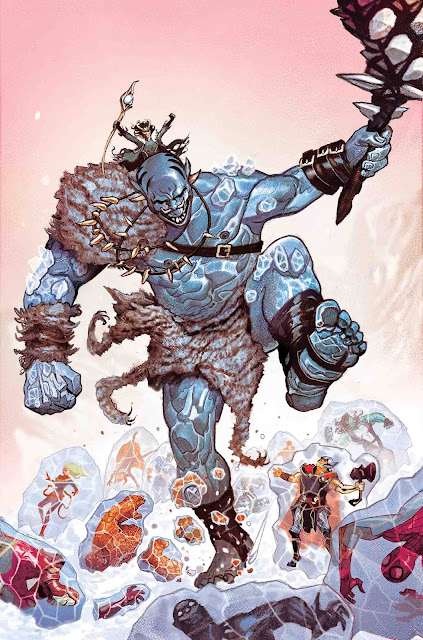 THOR #12 $3.99
(W) Jason Aaron  (A/CA) Michael Del Mundo
WAR OF THE REALMS TIE-IN! Fatherly love is not something with which Loki Laufeyson is terribly familiar. Still, you'd think that with the Frost Giants invading New York in Malekith's WAR OF THE REALMS, he'd find some quality time to spend with dear old deadly Dad. And he will. Even though Thor appears on both covers, he DOES NOT appear inside. 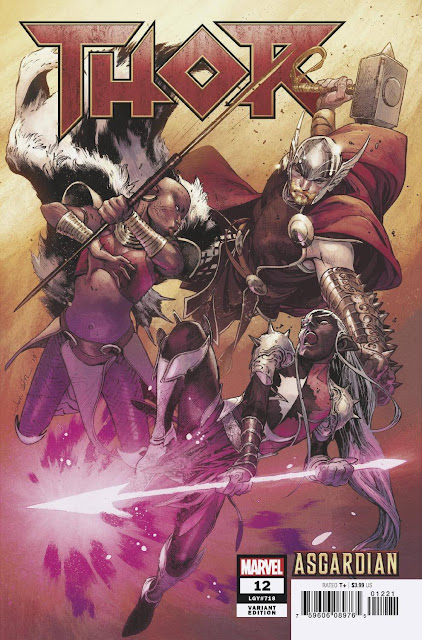 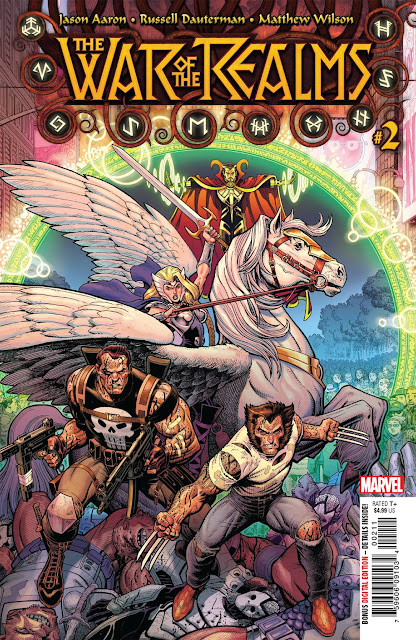 WAR OF REALMS #2 $4.99
(W) Jason Aaron (A) Russell Dauterman (CA) Arthur Adams, Matthew Wilson
All the heroes of the Marvel Universe have assembled, yet this still might not be enough to stop Malekith's endless war. And the one hero who could turn the tide...is stranded where no one can reach him. With Thor trapped in the land of the Frost Giants and the forces of Earth overwhelmed, Black Panther, Jane Foster and Doctor Strange make a desperate gamble. Valhalla awaits. 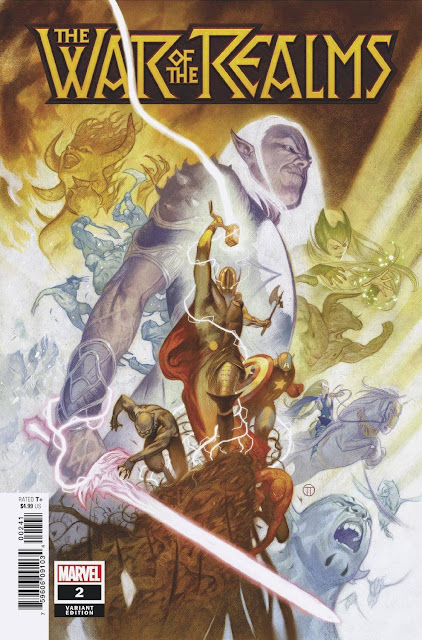 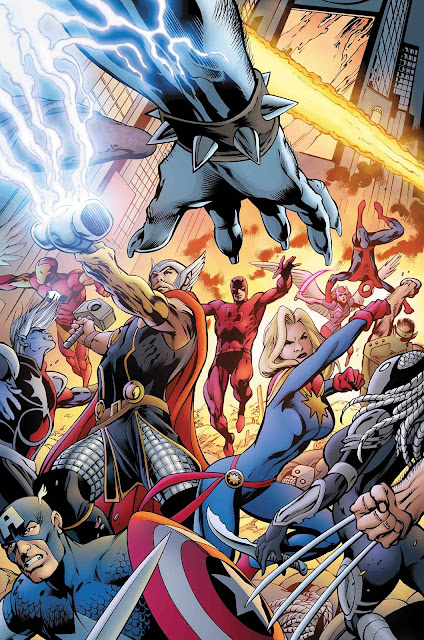 WOLVERINE INFINITY WATCH #3 $3.99
(W) Gerry Duggan (A) Andy MacDonald (CA) Giuseppe Camuncoli
Three razor-sharp claws - the deadly trademark of one of the most notorious, unstoppable killing machines known the galaxy over - the claws of a Raptor from the legendary Fraternity of Raptors! Like the previous issue, King Thor makes a one page appearance.


AVENGERS NO ROAD HOME #10 $4.99
(W) Al Ewing & Various (A) Sean Izaakse (CA) Yasmin Putri
The extra-sized finale! Can anything stop Nyx from remaking the cosmos in her image? And will an Avenger die in the attempt?
Thor appears in a crowd-scene double-page spread.
Posted by ditkomania at 4:35 AM